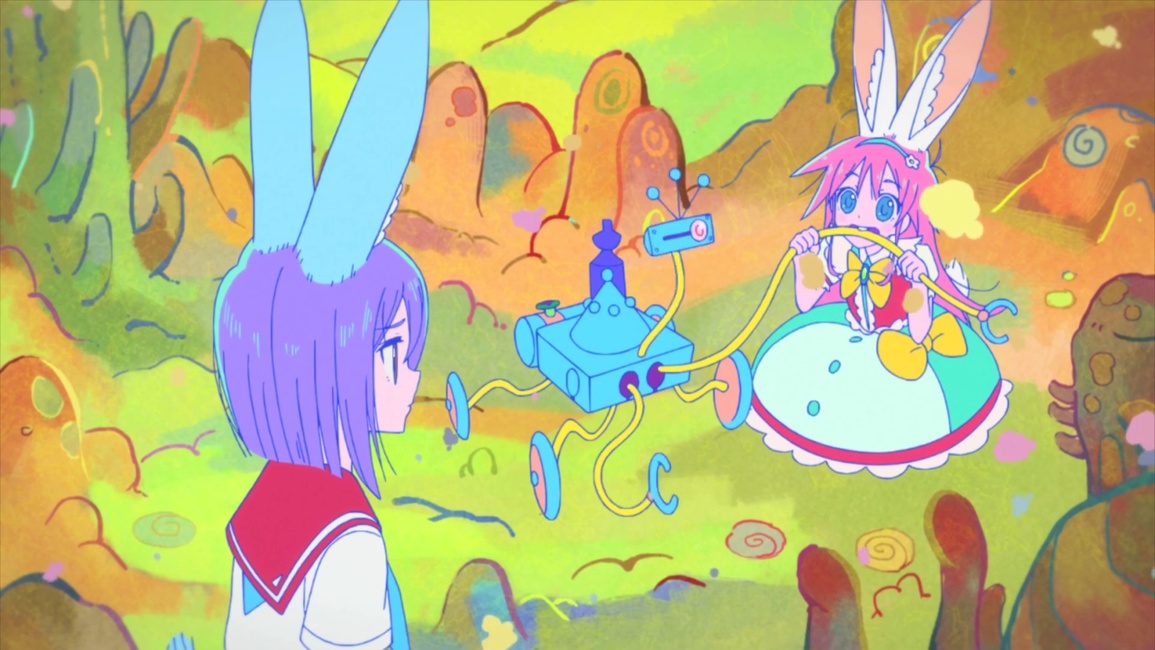 Posting about cofe and programming.

Originally from niu.moe as BitShift. Nowadays, I feel mostly comfortable under the alias "BitBun". I work on a *lot* of projects, but I tend to CW them to not annoy others.

I sure wish I could sleep.

Made a latte today, it wasn't that difficult actually. I kinda want an espresso machine now, but also they tend to be pretty expensive I thought.

It was pretty cool! Some things are super natural, especially with the Index' controllers (like picking things up, tossing them, gun mechanics, etc).

There were a few moments where the game actually surprised me, too. Little things like seeing someone run across a hallway and feeling like they were actually there. They do some tricks to make you not really interact directly with people, but things still seem like they're lived in.

However, I don't think I could play for long though. At a certain point in the game I started getting a headache (right around when you open the QZ where you start seeing zombies and whatnot). But it was still a cool experience.

Thanks those who voted!

In case someone doesn't want to respond, but wants to vote.

Any thoughts or input? Right now, I'm leaning towards leaving it like URI format A (which is how it's currently implemented), but I'd love some input.

I have an abstraction over my build system. It allows me to say "I'd like to build target Foo, from project Bar, owned by group Baz". This is formatted like a URI (`bit:tgt://owner/project/target`). You can omit the scheme since it's always going to be implied as `bit:tgt:`, so building software can be as simple as asking to build `//ower/project/target`.

I think I like this format, but one oddity is that technically the "hostname" of the project is all of `//owner/project`. Alternatively I could structure them `//project.owner/path/to/target` which would make it more clear, but also I hate the DNS format for this.

I considered doing something like `bit:tgt:owner://project/path/to/target`, but it feels kind of wrong to put the owner in the scheme part of the URI. And I'm not sure if I like reverse-DNS format (//owner.project/path/to/target) because then there is no clean way to build all projects under an owner.

If anyone cares to know, I feel completely normal today. So maybe I got lucky and had minimal/no side-effects?

Note, the headache didn't happen until way later in the day.

Vaccine shot went well, a bit of soreness in my arm, and maybe a slight headache, but that's about it. However, I have heard some folks experience issues later on, so hopefully that's about it for side-effects.

Vaccine scheduled for later today, first shot of the Pfizer. Took a while to get an appointment where I live, but honestly this is still a bit faster than I had imagined it'd go back in January-ish.

Whenever I take paid time off folks always ask me where I am going - nowhere dude, I just like not having to go to work sometimes.

Gosh, it's so difficult going through all my old projects. I really need to trim them down and find which ones I really care about.

Trying to figure out the best way to manage my computers - thinking about keeping a repo of scripts and inventory and using it to maintain them.

Posting about cofe and programming.

Originally from niu.moe as BitShift. Nowadays, I feel mostly comfortable under the alias "BitBun". I work on a *lot* of projects, but I tend to CW them to not annoy others.