Youth liberation becomes more important the more the costs of social reproduction are off-loaded onto workers and their children. I found this fascinating. https://brooklynrail.org/2019/03/field-notes/Suffocation-of-the-Young-A-Report-from-Brooklyn-on-Schooling-Childhood-and-Mental-Illness-Today?s=09

I too, used to express aggression as outburst against teachers, but I did have a moment where all of that just kind of dissipated and slowly got replaced with other kinds of neurosis. Had I continued on that previous path, I would not have been surprised if I had gotten diagnosed with oppositional defiant disorder once it escalated during high school. Luckily my early school life already involved a school psych, and some of the staff knew how to redirect my energy. But at the same time, this simply turned into neurosis, precisely due to channeling that aggression in a way that was socially disconnected from peers. I was pretty much at the cusp of this transition generationally, which would explain why I am familiar with some of the stuff here, but I likely have it to lesser degrees. The real lifeline for me has been precisely understanding that something was "off" about things and trying to understand why it all seemed off, because it gave me a clearer idea of what was deserving of ire and has made those previous emotions a bit more constructive. That said, I am still addled by those pressures, because they have not completely changed society-wide, and some of the neurosis, because they outlived the moment.

Either way, it is clear that if we continue to be in denial about the nature of schooling as merely a formalization and intensification of preexisting mechanisms of social selection through which the burdens of social reproduction and "human resource development" are distributed and their resources meted out, and continue to be in denial of schools as institutions within which child labor is redirected from play and into the efficient growth of human capital, the more this dilemma between aggression and stifled resentment + social detachment in attempting to reform the education system will re-entrench. The real solution is for this aggression to be constructively social, but competition that is focused on "human resource development" with the implicit threat of disposability doesn't have time or money for sociality, and certainly anybody who has their material comfort provided in this state of affairs has no interest in any kind of aggression, even the most tempered, as long as it threatens precisely that. The worst part is it's difficult to be your own advocate, the younger, and it'd take time to have that capacity for articulation. Luckily, the failures of this system has already been outputting mini-adults, and that might ironically also be our saving grace.

"..any teacher soapboxing about meritocracy would be met with laughter and be marked down as a sucker."

@mrjunge I *love* diagnosing myself with oppositional defiant disorder but that only started happening after I started at my current job at the law firm. But I can certainly see the defiance stretching back into college and maybe even high school.

@kai Yes. It is not necessarily anything new, and in some cases I would agree is even expected in any healthy society, but clearly something different has been occurring. And I imagine in your case the law firm one is a bit of a sign of all the things you've mentioned to me before. 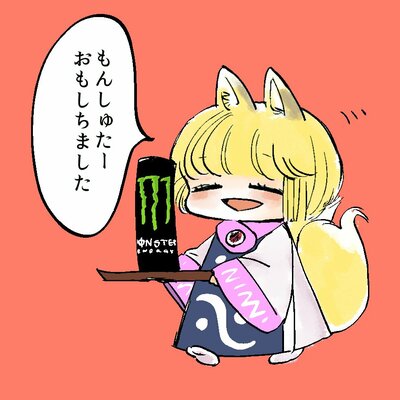 @mrjunge If we are going to put kids through a torturuous experience just for the purpose of socialization, we should just make them do push ups and running and stuff 6 hours a day for 14 years instead of geometry and crap. It would still be soul sucking but at least you would have a top tier body at the end to show for it

@hm If the purpose of school is socialization, it doesn't do a very good job. It being compulsory kind of obfuscates the reality of free asociation, which tends to be a good escape valve for tensions between incompatible people. This is especially true for people who just suffer through the experience.

@mrjunge That was interesting. I majored in education and quoted John Gatto in most of my papers. My perspective was very individualistic at the time: that what was happening in schools wasn't ultimately good for children. I like that this essay takes a bigger view.

I ultimately found myself basically unable to teach professionally 🤷🏼‍♂️

@kai Found yourself unable to teach professionally, because you found you shouldn't, or literally they wouldn't allow you? 🤔 And yeah. John Taylor Gatto was the first critic I read. Ivan Illich was my second, and my third was Paulo Freire. Which I guess is an evolution from an individualist to more social critique as well.

@mrjunge Hm! I never read those other two. Maybe that would have been a good place for my brilliant professors to steer me 😂

and uhhh it was a mix. I was such a weird student teacher 😅 really into nihilism and unwilling to impose my views on students. Those poor children.